Please click here to read about safety protocols for in-person worship that will be followed until further notice.

The Congregation Council has accepted the recommendation of the Call Committee to present Pastor Ioan Ittu (pronounced you-wan e-too) to the congregation to be called as the next pastor of St. Paul. With excitement for our future, a special meeting of the congregation is set for Sunday, July 12, at 9:45am to present Pastor Ioan to you and to affirm and celebrate his call to St. Paul. This meeting is required in our Constitution C9.01 which states “Authority to call a pastor shall be in this congregation by at least a two-thirds vote of voting members present and voting at a meeting legally called for that purpose.” Furthermore, 25 voting members shall constitute a quorum (C10.04). 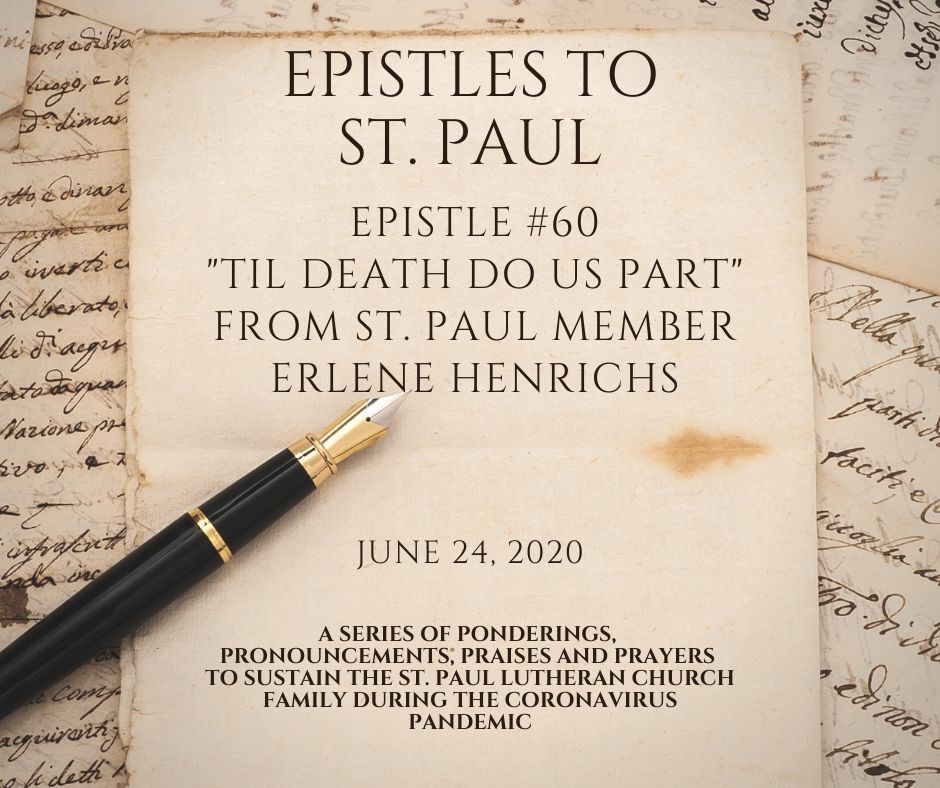 “Love is patient and kind; it is not jealous or conceited or proud; love is not ill-mannered or selfish or irritable; love does not keep a record of wrongs; love is not happy with evil, but is happy with truth. Love never gives up; and its faith, hope, and patience never fail.”

For Better or For Worse

Once upon a time there were two young people, both from devout Lutheran families, who fell in love and got married. The world lay ahead of them, and they felt ready to conquer all things.

Within two years of their marriage, they had their first daughter and purchased a large forever home. In another four years, they welcomed a second daughter. All was going well and everyone was happy. And then, Oh! Seven years later, another daughter was born. The dad now said he lived in a household with “four queens and a joker.” (No explanation needed.)

As the years went by, there were the usual wishes of more money to pay the bills, better jobs, and more time to spend together. Day by day, there were the common problems and joys of raising 3 daughters. But, all in all, life was great!

When daughter #1 was 18, daughter #2 was 14, and daughter #3 was 6, the mom suddenly had grand mal seizures late one night. The next day, she was told she had a brain tumor. Life suddenly made a fast turnaround. The doctors told the mom that they were almost certain her tumor was benign. Her thoughts were, “If it’s not cancer, I can handle this.” The dad was suddenly afraid he would lose his wife and would be left to raise the three daughters on his own.

This verse brought much comfort to them. The mom’s tumor was benign, and she had a full recovery. As the years went by, there were the usual job changes, the need for different cars, and the daughters grew up. Each girl went to college, graduated, and began their careers. Then, it was time to plan weddings. All three girls chose young men that the mom and dad were proud to call sons-in-law.

God had been so good and kind to the couple. They enjoyed each other, their family, and life in general. Then one day, after 60 years of marriage, the husband learns he has cancer of the bladder and will have to undergo chemotherapy and surgery to remove his bladder. He finds his “new normal” is something he can embrace.

A few short months later, the wife had a stroke early one morning leaving her left side paralyzed. She is confined enough that the husband will have to help her with everything. Their marriage vows, “in sickness and in health” which hadn’t been thought about in a long time, became not mere words but action!

The husband now finds himself doing all kinds of things he has never done before—helping bathe her, helping dress her, the cleaning, the cooking, (So what if they eat the same thing every night?) the laundry, (So what if the clothes are shoved into the drawers instead of being neatly folded to prevent wrinkles?) the grocery shopping (So what if he doesn’t like to wear a mask while shopping during a global pandemic?) None of these things come easy for him. But, the wife truly loves him for all the effort he puts into his “new normal.”

This verse is written on a plaque that hangs on a wall in their home. It is also engraved on their headstone. And so, they continue life with the strength of the Lord at their side. Family, friends, and neighbors are all willing to help. Their life goes on with joy and happiness in so many ways!

The End…”Til Death Do Us Part!” 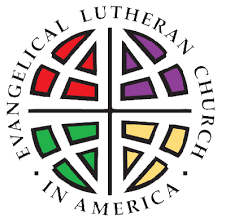 This is an unprecedented time in our world with respect to infectious disease. Information about COVID-19 changes almost hourly. Please use the following resources for up-to-date information.

Of course, please call your doctor’s office for any specific questions about your health. We wish you God’s peace and protection at this challenging time.

In-person worship will resume Sunday, June 28, at 9:00 am following the re-entry task force recommendation and adoption by St. Paul Council.